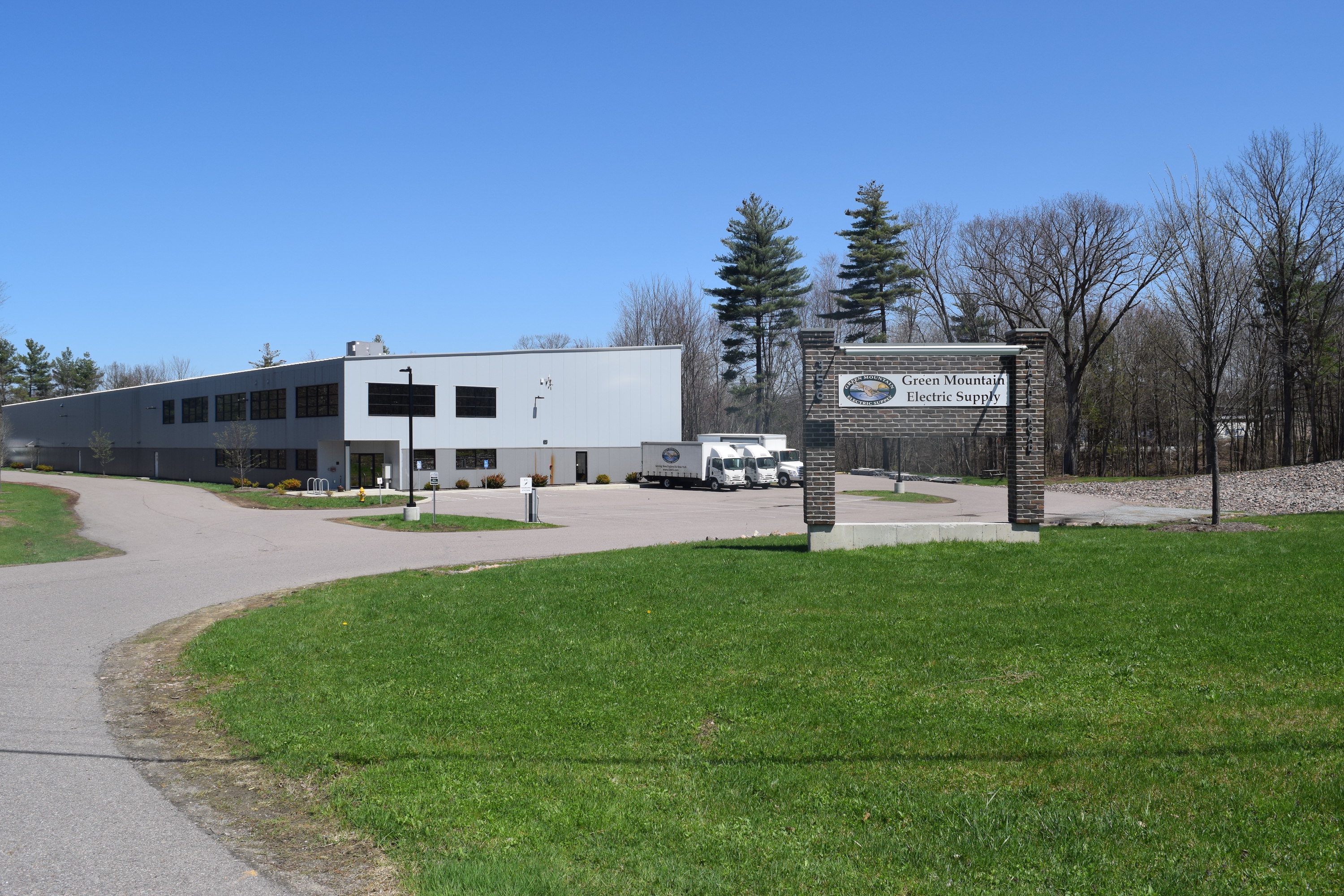 We recently spoke to Countfire customer Steve Towle, Project Quotations at Green Mountain Electric Supply (GMES), about why he looked for automated takeoff software and how it’s changed his and his team’s ability to complete projects, saving days of manual labour.‍

Steve started at GMES July this year. Prior to this role he was a project manager for an electrical contractor for almost a decade. Working on electrical projects for diverse and interesting clients, Steve and the small team did all of their estimating by hand.

“The best way to learn a project is actually to build it from scratch, from a set of drawings. We did all of our own estimating, and we did it by hand. The company had a philosophy that if you're standing there staring at the drawings, ticking off everything from receptacles, to light fixtures, to everything else, that you’ll learn the project better.”

This is a sentiment many estimators will recognise. Yet, this way of manual working is also “excruciatingly time consuming” as Steve remembers. “It was awfully accurate but to make it accurate we had to be very, very careful, which was really time consuming.”

At this time, GMES were the chosen partner Steve used as a project manager for purchasing electrical equipment from lighting to distribution gear to commodities. After Steve’s plans to travel changed due to the pandemic, he joined the GMES Project Quotations Team. ‍

When Steve joined GMES one of the areas they wanted to expand on was fire alarm systems. Many of GMES’ clients didn’t have the means, or the time, to do takeoffs for fire alarm equipment on the designs provided. Instead, they wanted GMES’s help to know how many pieces of equipment they needed, and to be able to provide an accurate estimate to their end-client.

While working on these takeoffs, Steve began to consider if there was a faster, less manual alternative.

“We were doing takeoffs for these clients fairly frequently and the process was okay, but I started to question: how can we do this more quickly and completely accurately? So we could serve the client in the way they needed, but also save time,” Steve explains.

This was even more important due to how many quotations and plans were primarily on-screen.

“I’ve done many takeoffs over the course of 10 years. Usually I would print off large sheets of paper, work over a plan table and look at everything repeatedly. Today, I’m looking at three screens to do those takeoffs which makes that process much harder and induces a certain amount of potential error.”

Steve started to look at automated takeoff software options and this is when he found Countfire.

On one project that Steve remembers, he did a takeoff, put the quote together and sent it to the client. He then put the same takeoff into Countfire and quickly realised, despite his extensive checking, that he’d missed two devices. While he likely wouldn’t have missed these on paper, working across screens can make it very difficult to achieve 100% accuracy while doing manual takeoffs.

“The nature of my job is ‘always on’ so I was working on a Saturday and the takeoff had taken three hours.  I was moving around the drawing, counting things and marking them off as counted. Then I put it into Countfire, it took me 15 minutes to do the same thing, and it caught the two things I had missed.”

As well as the time savings and increased accuracy, Steve also found that Countfire made the end-to-end process of creating an estimate easier:

“Countfire generated a spreadsheet that I could manipulate and adapt in any way I needed to”, he explains. “Having software this accurate, this easy and can manipulate the information - the counts, the locations, any alternatives, different zones - everything, is so helpful”. ‍

Steve also mentions how useful Countfire’s zones feature has been.

“When we’re working on an estimate, further down the road the electrical contractor may come back to us and say ‘What if we do this area in phase one, and another in phase two?’. I can give them that answer easily with Countfire. Whereas if I was doing it manually, I have to go back in and it would take far more time, or include far more room for error. It’s a fantastic product.”

This has also allowed Steve to support other team members in the business, to free up their availability on projects.

“We have a team of five or six people in my region who specialise in quotations. A lot of these people get asked to perform takeoffs for clients and that takes time. Now, I can complete these takeoffs for the team much faster and certainly more accurately. If I can spend an hour doing something that someone else would spend the better part of a day doing, that's a win.”

When asked what other feature Steve uses frequently, he mentioned check sheets and hiding drawing backgrounds as key elements:

“The check sheet feature gives you graphic representations of what you’ve actually counted and helps you to ensure you’re happy with everything, it’s fantastic. I can be obsessive about doing a takeoff and it still doesn’t take me much time when I’m using Countfire. Being able to turn off the background is also just amazing. There can be so much noise on a PDF or CAD drawing and just being able to get rid of that noise and go after the devices that you need -  that's staggering. If I’d been able to do that back in the day, that could have cut missing items by 25% at a minimum.”‍

Many estimators will know that getting sign-off internally for new forms of software or subscriptions can be difficult. We asked Steve how he found, and crucially proved, the ROI of investing in Countfire to his current VP. Here’s what he said:

“When I think about my previous employment, I was often spending five days doing an estimate, and a lot of that is counting. There’s a cost to that activity and now if I can do many projects in the time it used to take me to do one, that’s a win and saves costs. In this role we’re not charging our clients for takeoffs so every minute I’m spending doing a takeoff for someone else is effectively overhead. So I need this time to be as quick, yet accurate, as possible. It’s a service we provide to be helpful, so doing it in half an hour, versus three hours, is a huge savings.”

“Countfire pays for itself easily just in labour hours. People ask what revenue does it bring in, but not what cost there is for not using it. Cost not spent is the equivalent of revenue. If I can do 10 things over the course of three hours, rather than one, that will bring in more revenue in the long run. I’m a big fan of the product.” ‍

Try Countfire for yourself today

Sign up for a free trial to begin seeing how you can create accurate takeoffs, and save costs, with a 14-day free trial. 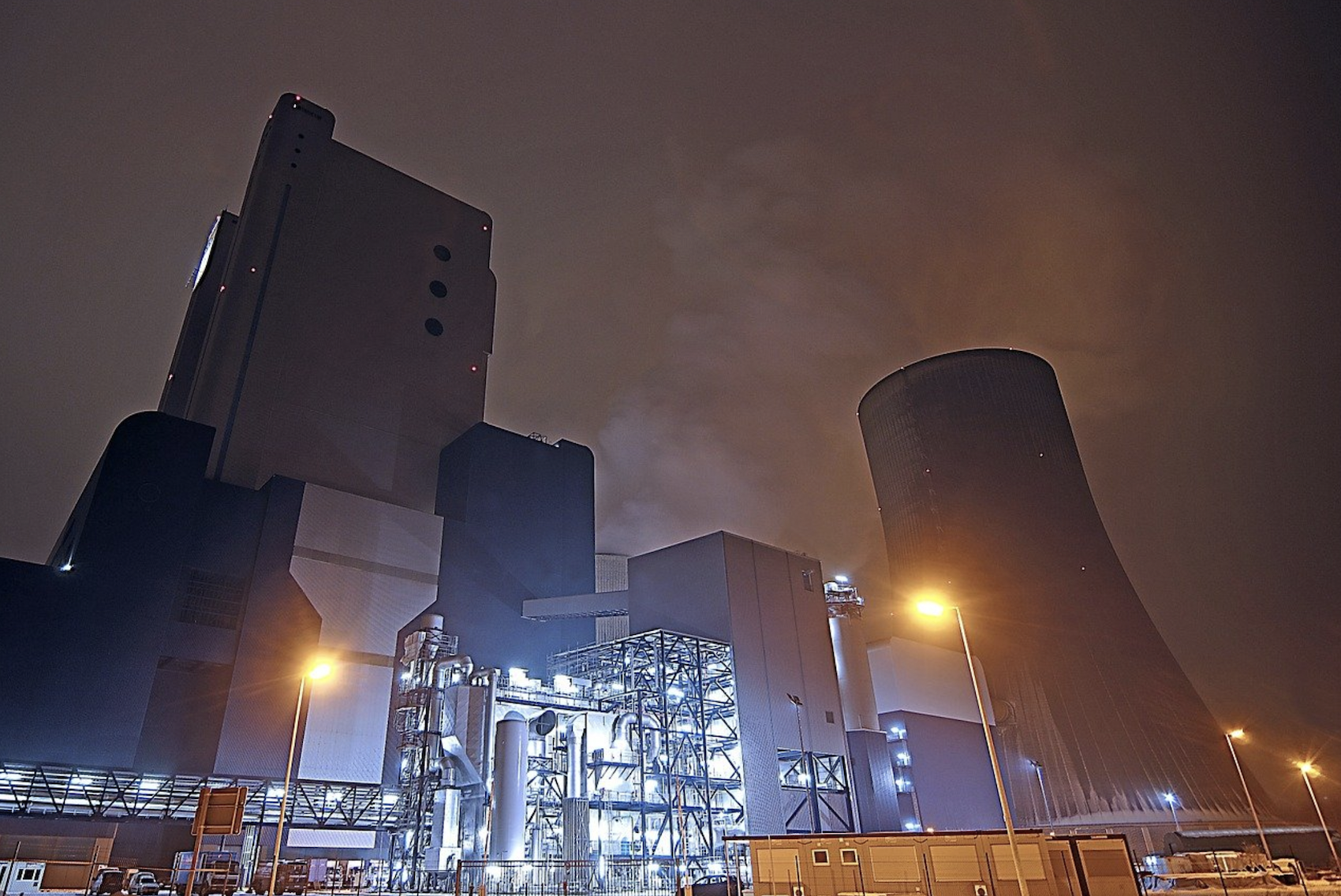 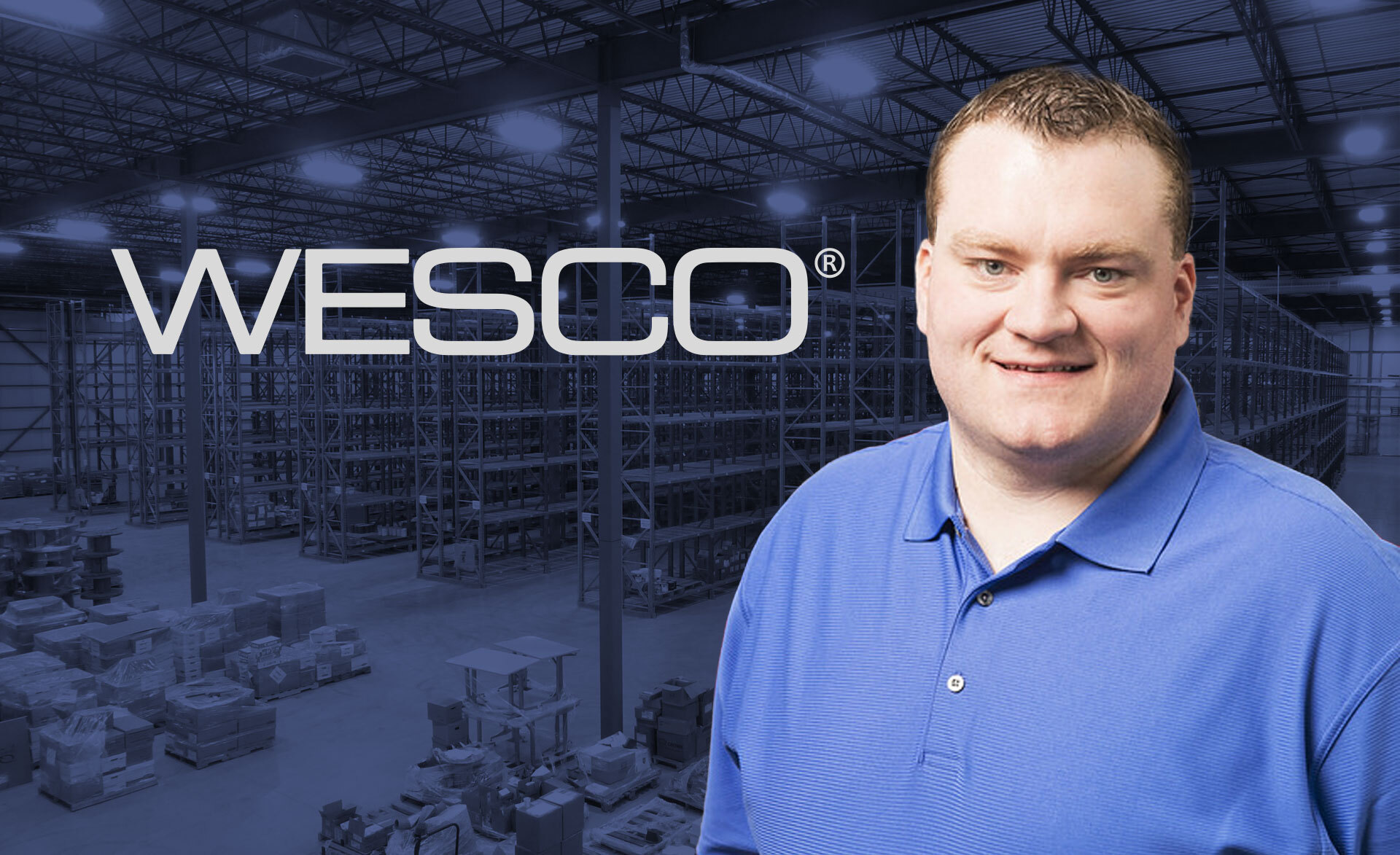 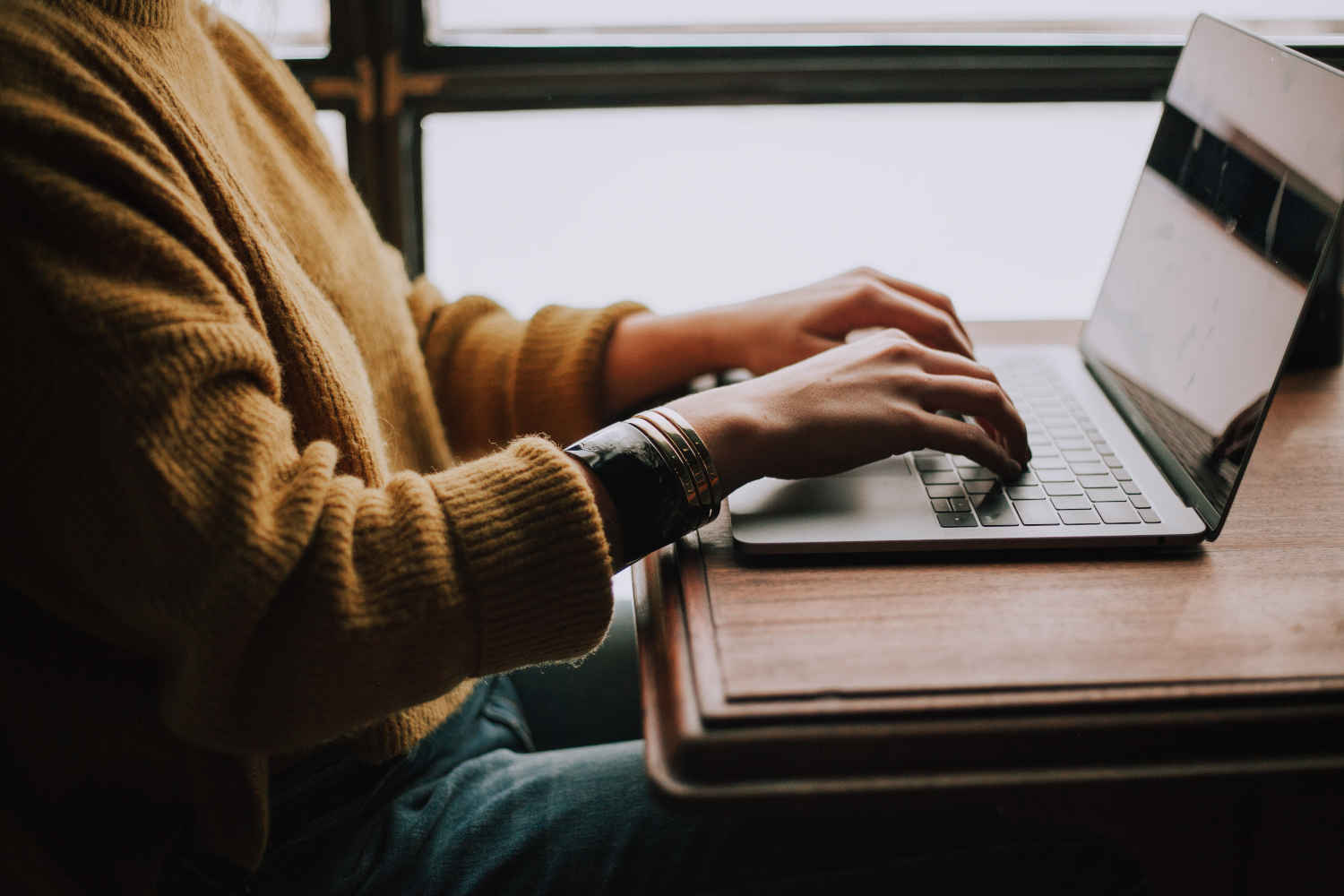